In a joint letter of intent with Wingcopter, logistics and aviation holding company Zeitfracht Group and its subsidiary German Airways have pledged to acquire 17 Wingcopter 198 delivery drones, with the option to order 115 more by the end of 2023. The drones are set to be deployed in the back half of 2024, and will make Zeitfracht Group and its subsidiary some of the first companies in the world to employ drones for logistics use cases.

The delivery drones are intended to be used for offshore drone deliveries, and as such require the ability to accurately land on a moving ship, a feature that German Airways and Wingcopter will collaborate to develop.

The drones will deploy from the Zeitfracht Group’s Rostock Airport, providing the Wingcopter development team with a suitable location at which to carry out extended test flights and process collected data.

German Airways holds an Air Operator Certificate (AOC) and is IOSA certified, adhering to the highest standards of the international aviation authority IATA, making it the ideal operator of Wingcopter’s drones.

Each Wingcopter is capable of carrying up to five kilograms, and can fly for between 75 and 110 kilometers depending on the weight of its payload. Handpicked by German Airways for their resistance to wind and weather and for their leading payload-to-range ratio, Wingcopters take off vertically, without the need for additional infrastructure, and fly forward horizontally like a normal aircraft. With a fully electric propulsion system, they also produce zero emissions.

“At the Zeitfracht Group, we are very creative and always interested in using new technologies in a market-leading way,” said Zeitfracht CEO Wolfram Simon-Schröter. “We believe the time is now ripe for the commercial use of drones, for example for the delivery of spare parts to offshore wind farms. With German Airways, our Rostock Airport and the experience of our shipping company OPUS in delivery operations on the high seas, together with Wingcopter we have the ideal prerequisites to drive this technology a huge step forward.”

“We are very pleased to have won Zeitfracht as a partner with extraordinary experience in the logistics and aviation sector,” added Wingcopter CEO and co-founder Tom Plümmer. “With the planned supply flights to ships and offshore wind farms, we will tap into a new, fast-growing field of application for which the Wingcopter 198 is ideally suited thanks to its high efficiency, even in extreme weather conditions. In addition, the test site and the close cooperation offer the opportunity to jointly develop further promising business areas.” 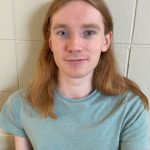 Ian attended Dominican University of California, where he received a BA in English in 2019. With a lifelong passion for writing and storytelling and a keen interest in technology, he is now contributing to DroneLife as a staff writer.